Lesbian Pride Flag t shirt is set against a violet purple background. Made of a unique thick microfiber knit fabric of high quality with special wicking. The lesbian flag conists of a labrys, double-headed battle axe most commonly associated with the Minoan ancient civilization, the Amazons, and the Greek goddess Demeter, on a violet background.  LGBTQ lesbian t shirt is perfect for special annual events and celebrations, which serve as social movements and demonstrations for legal rights, or commemorations.

The labrys lesbian flag was created in 1999 by graphic designer Sean Campbell, and published in June 2000 in the Palm Springs edition of the Gay and Lesbian Times Pride issue. Though, the labrys has been used as a symbol of lesbian and female empowerment since the 1970s. This double-headed battle axe can be traced back to ancient matriarchal societies, such as the Minoan civilization. A Minoan woman with a labrys typically held a powerful position within Minoan society.

In Greek mythology, the labrys was associated with harvest from the Greek goddess, Demeter, and the Amazons, a tribe of warrior women. Because of the background of the labrys, it was adopted by the lesbian radical feminist movement in the 1970s as a symbol of empowerment for women-identified-women.

The violet color purple of Lesbian Pride Flag represents women, feminism, and all people who identify as a woman attracted to other women. The black triangle represents lesbians, and the labrys represents women empowerment. 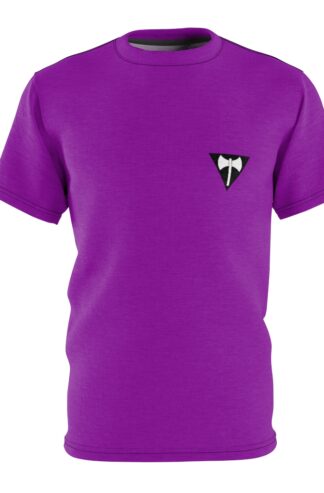