LGBTQ Pansexual Flag T Shirt has a unique texture made of a thick microfiber knit fabric of high quality. T-shirt wicks perspiration rapidly away from the skin, drawing it to the surface where it quickly evaporates. A stylish look on the sports field or at the parade.

The pansexual pride flag was created to differentiate between the bisexuality flag, which also has three horizontal bars. It was created on the internet sometime around 2010, and has gained popularity since then. 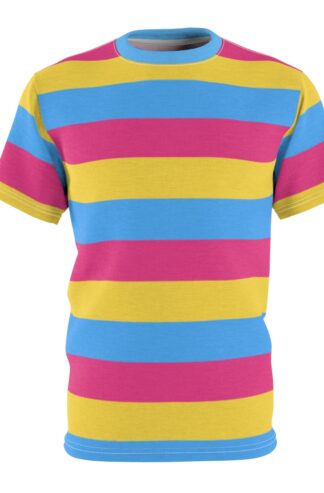