Boost your confidence in every step, turning heads on the go in these LGBTQ Pink Triangle boots. Pink boots are a stylish look perfect for special annual events and celebrations, which serve as social movements and demonstrations for legal rights and to commemorate the 1969 Stonewall riots in New York City. 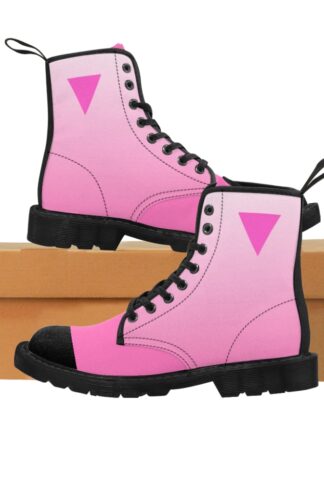 You're viewing: LGBTQ Pink Triangle Women’s Boots $94.53
Select options
Have no product in the cart!
0