Walk with confidence in a pair of these unique LGBTQ flag women’s sneakers! Extremely comfortable canvas sneakers with a high quality print are made to last and to impress – a truly original way to express yourself and to inspire others. 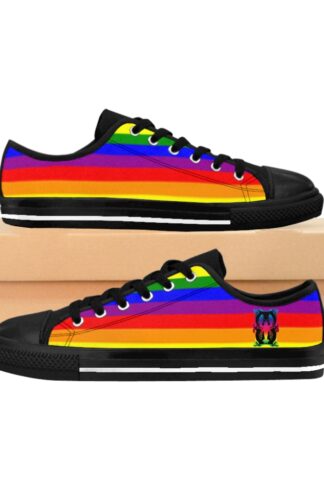 You're viewing: LGBTQ Flag Women’s Sneakers by Rainbow Gumbo $64.68
Select options
Have no product in the cart!
0