T shirt features classic crew neck style with set-in sleeves in a unique texture made of thick microfibre knit fabric of high quality. Gradient pink t shirt wicks perspiration rapidly away from the skin, drawing it to the surface where it quickly evaporates. A stylish look perfect for special annual events and celebrations, which serve as social movements and demonstrations for legal rights and to commemorate the 1969 Stonewall riots in New York City. 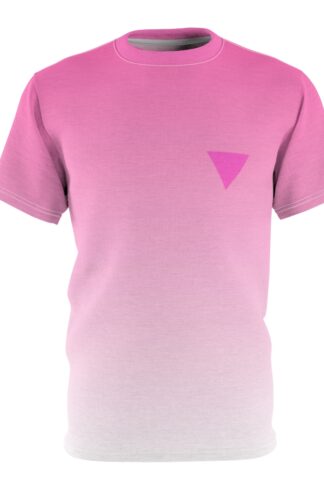