T shirts with the LGBTQ flag gender symbol comes in six LGBTQ colors. Shirt has a unique texture and made using a thick microfiber knit fabric. T-shirt wicks perspiration rapidly away from the skin, drawing it to the surface where it quickly evaporates for those hot days at the parade. 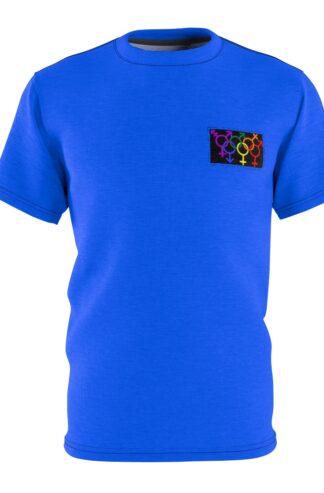 You're viewing: LGBTQ Flag Gender Symbol in Harmony-Peace-Serenity Blue T Shirt $34.68 – $44.93
Select options
Have no product in the cart!
0