T shirts with the LGBTQ flag sash and red ribbon come in two colors, white and black. Shirt has a unique texture and made using a thick microfiber knit fabric. T-shirt wicks perspiration rapidly away from the skin, drawing it to the surface where it quickly evaporates for those hot days at the parade.

The red ribbon is the universal symbol of awareness and support for people living with HIV. Wearing a ribbon is a great way to raise awareness on and during the run up to World AIDS Day. 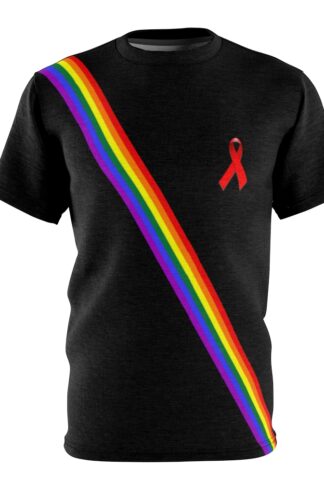