Unisex 6-panel Twill Cap with LGBTQ Pink Triangle, one of our most popular options. Perfect for the great outdoors, sporting events, special annual events and celebrations, which serve as social movements and demonstrations for legal rights and to commemorate the 1969 Stonewall riots in New York City, even everyday use. This solid design is 100% cotton twill and will become your go-to hat for years to come.  Buckram lining not only makes for easy embroidery but also ensures a classic shape that lasts. 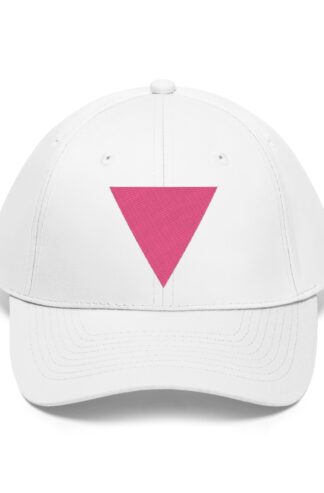 You're viewing: LGBTQ Pink Triangle Hat $25.30
Select options
Have no product in the cart!
0