Show up on the beach with the vibrant and super soft LGBTQ Pansexual beach towel. Polyester facing with cotton loop backing for extra lush absorbency.

The pansexual pride flag was created to differentiate between the bisexuality flag, which also has three horizontal bars. It was created on the internet sometime around 2010, and has gained popularity since then. 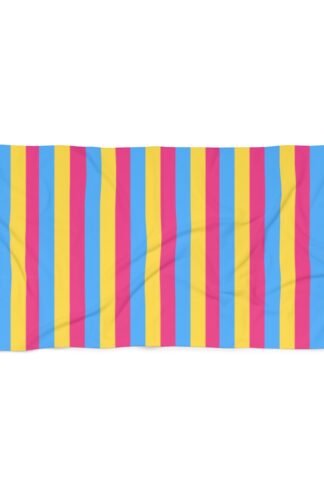 You're viewing: LGBTQ Pansexual Beach Towel $28.60
Select options
Have no product in the cart!
0